My latest project in the bus was to build a storage cabinet behind the driver seat which will most likely be my wardrobe. Large plastic tubs on shelves inside because I couldn’t be arsed building drawers and these don’t weigh as much. I was going to have some built in hanging space but decided it was a waste as I only have a few things that need hanging and have decided these can just go in garment bags and I will mount a hook on the side wall of this cabinet. There is plenty of space still for this behind the driver seat.
There is more space underneath the level of the dog’s bed platform which I can use to store things that don’t need to be accessed every day.
I built the separate door (with the two latches) for the lower shelf because there will eventually be a padded foam cushion on the dog platform which would be in the way of a normal door opening. 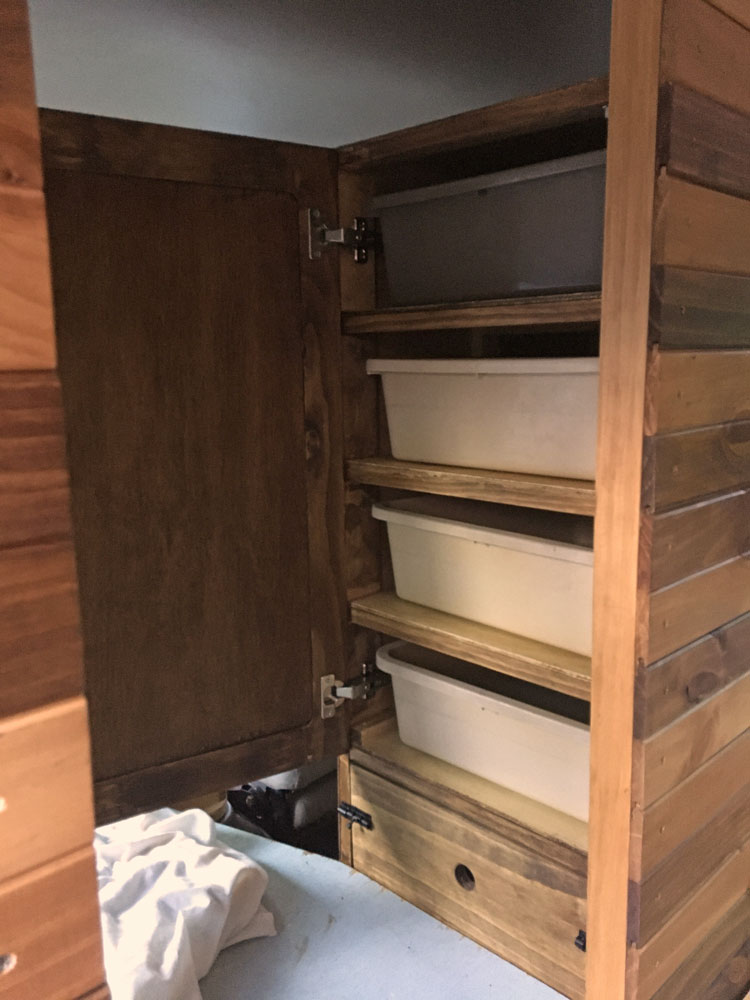 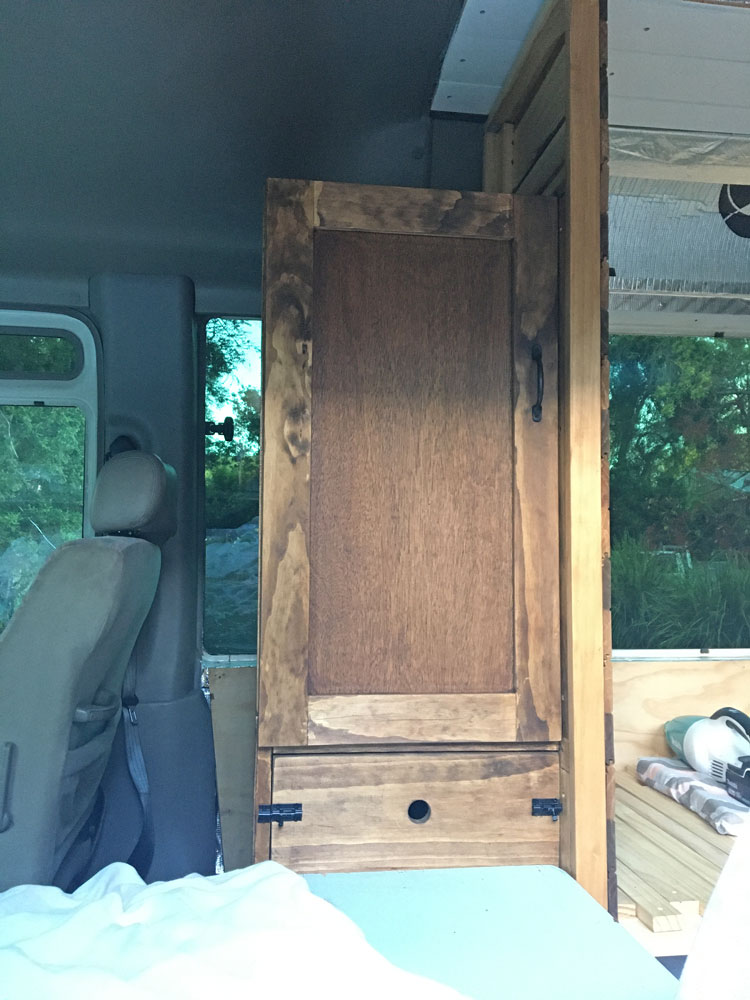