Before I could reinstall the windows there were a few more things I needed to do to fix up the frames.

Firstly, I gave them all a fresh coat of paint since the black was wearing off and quite a few of them were scratched and scuffed. 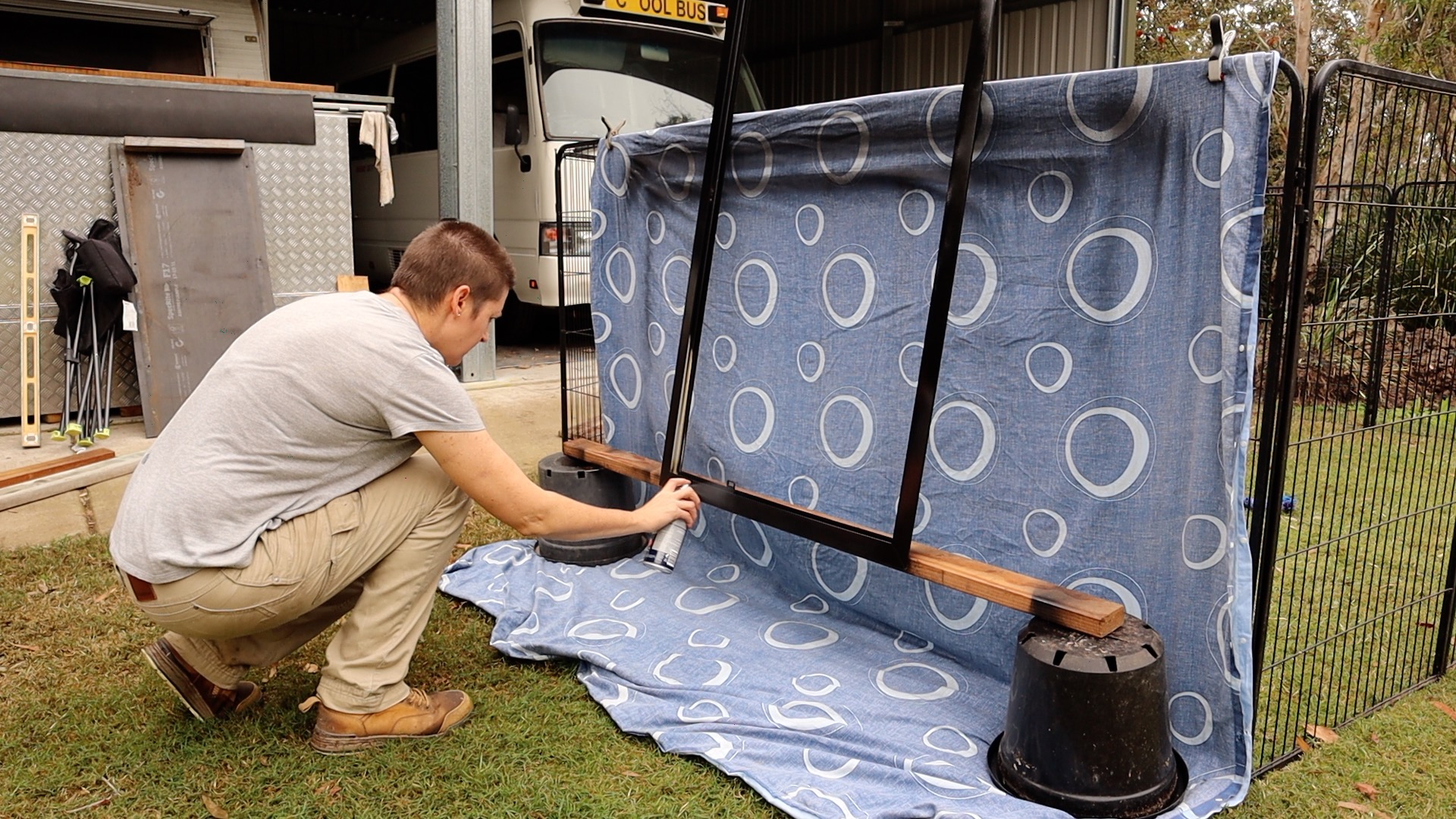 And I also cleaned the rust off the clips that go back on to hold the windows in place. 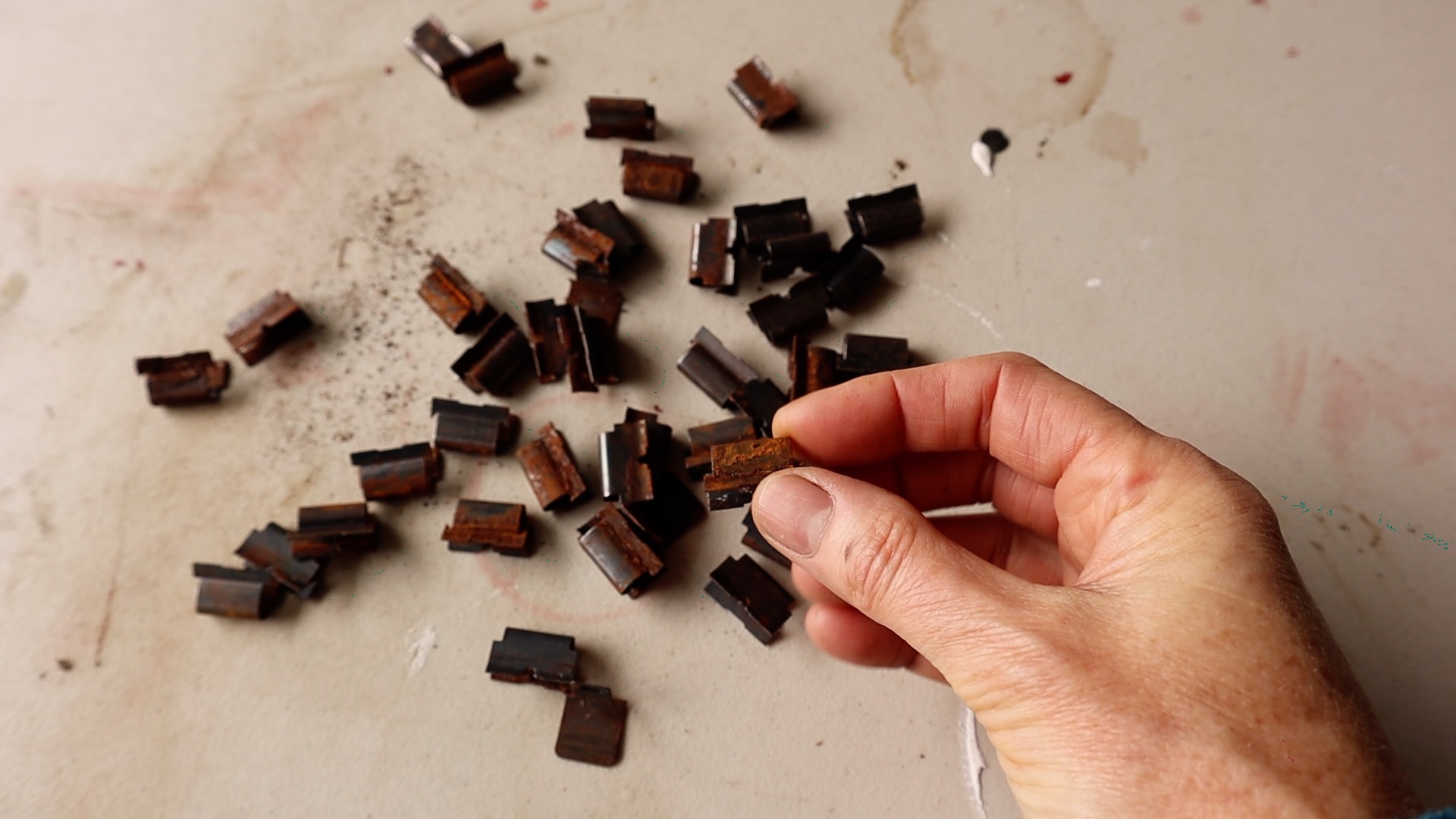 And after rust treatment: 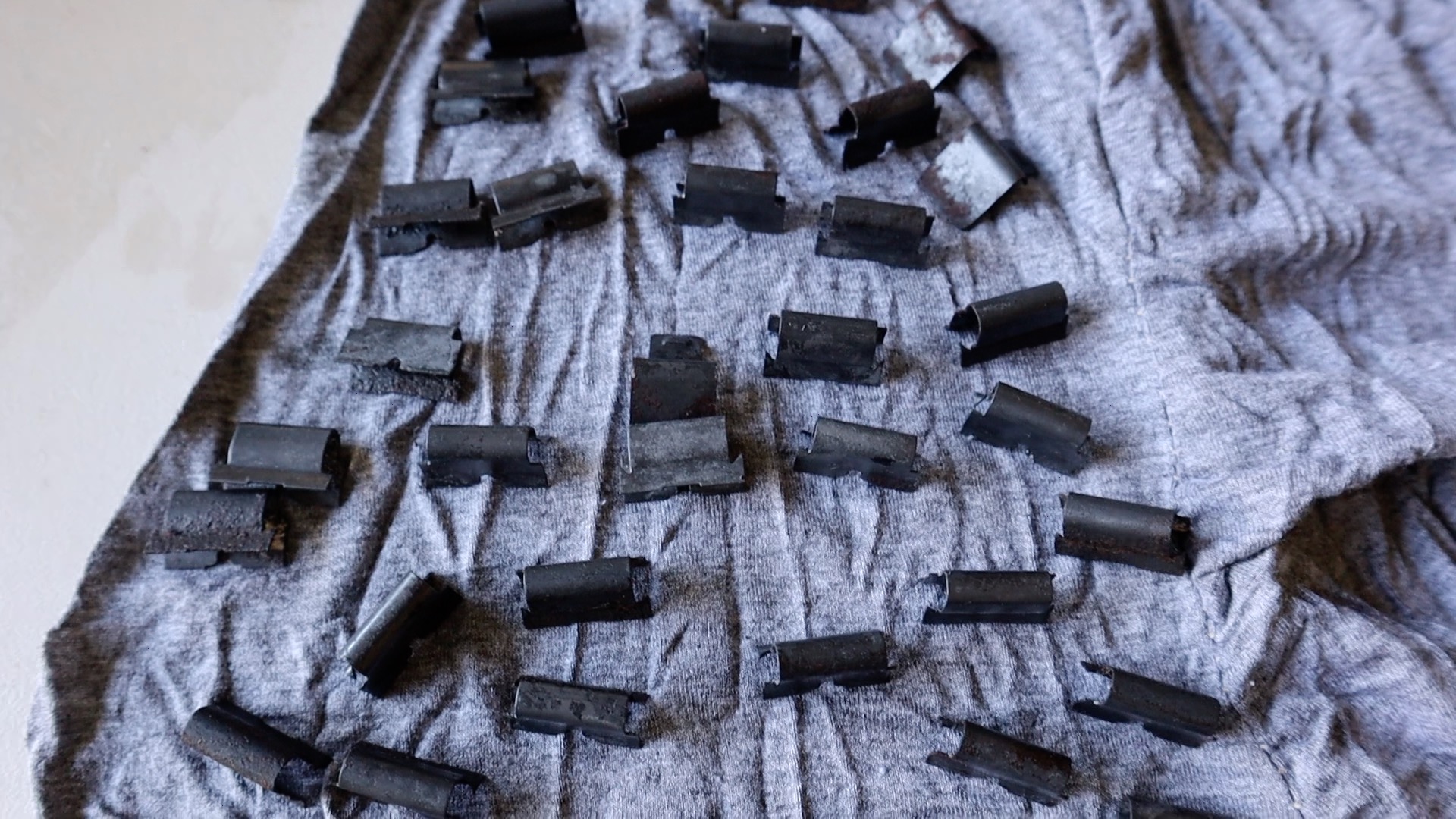 The next task was to replace the rubber seals.

Many people buy generic bailey channel rubber by the metre and cut it to size to fit their windows. That would have been a much cheaper option.

But I decided to instead pay the extra money and get genuine OEM Toyota Seals for a number of reasons:

1) The Toyota seals are made specifically for each window. They are a one-piece continuous loop with no joins.  My top priority is to have a watertight bus, and so I wanted to maximise my chances of getting a perfect fit with the new seals.

2) The Toyota seals come with all of the drainage and other holes pre-cut in exactly the right places. If I’d used the generic bailey channel, I would have had to measure and hand-cut all of these holes myself which would have been a fiddly, time-consuming job.

I’d heard a few people report they had problems with leaking when using the bailey channel and I just didn’t want to risk having to redo everything.

It was still a rather fiddly job to insert the new seals into the window frames, but thankfully once they were in, it was a nice tight fit. 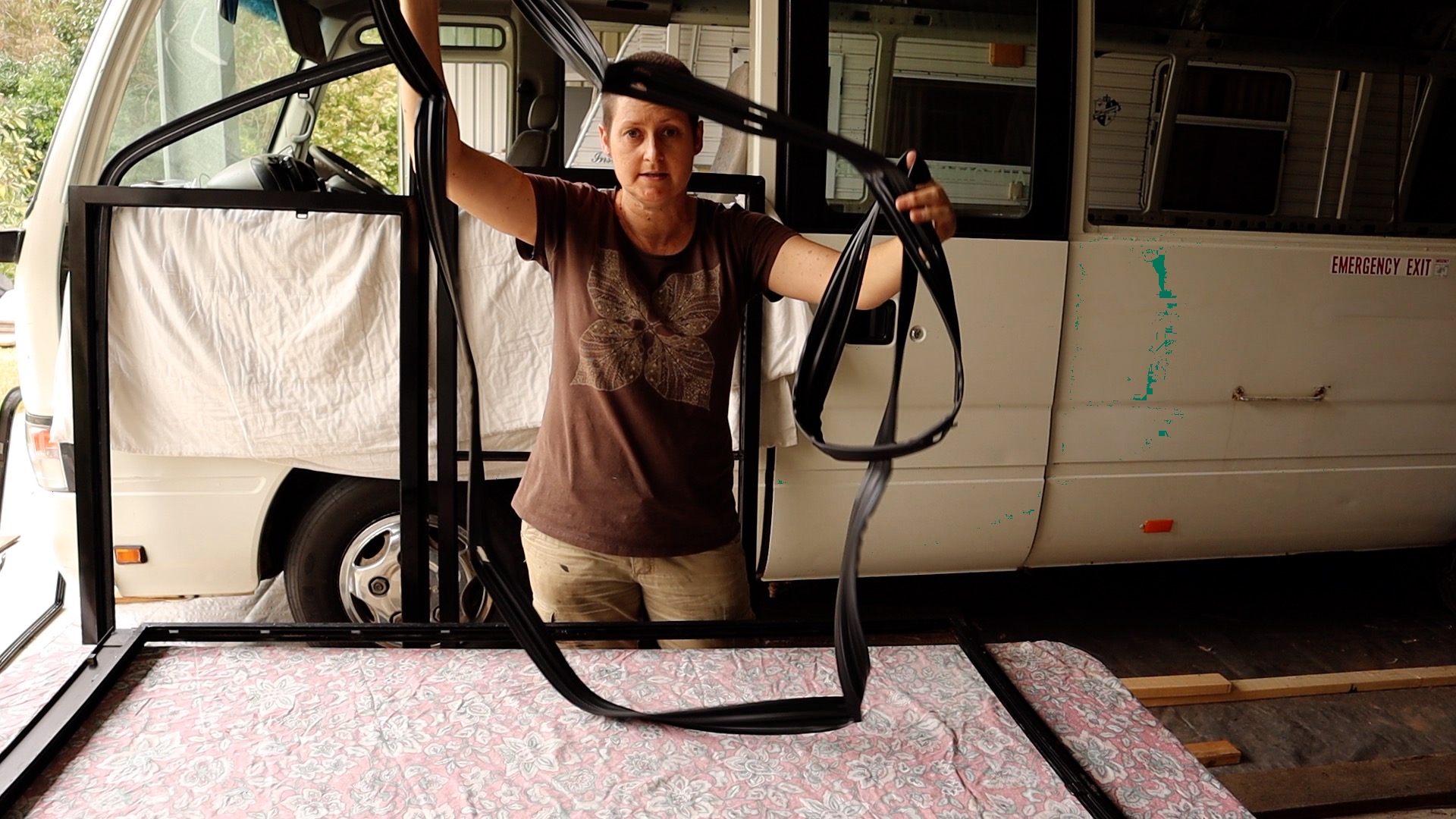 Now that the new seals are in, the windows are finally ready to reinstall.

I had hoped to be able to get all the windows back in this week, but sadly, I have had to put the bus work on hold for a couple of weeks because the tendonitis that has been plaguing my right arm for many months, has worsened again and I now have a tear in the tendon at my elbow. This week, I had to have a cortisone injection into the joint in an effort to try to get the inflammation to settle down. As frustrating as it is not being able to continue working on the bus, I know that if I don’t properly rest it now, it may never heal.

I did manage to get one window reinstalled, with Dad’s help. Once the window had been reassembled, it was a relatively simple process to put new mastic on the frame and lift it up onto the bus.  Once it was in place, I got Dad to support it from the outside, and I went into the bus to reinsert the clips that hold it in place.

It looks really good. The test now will be to see if it is actually watertight which I will hopefully be able to do in the next week or so. 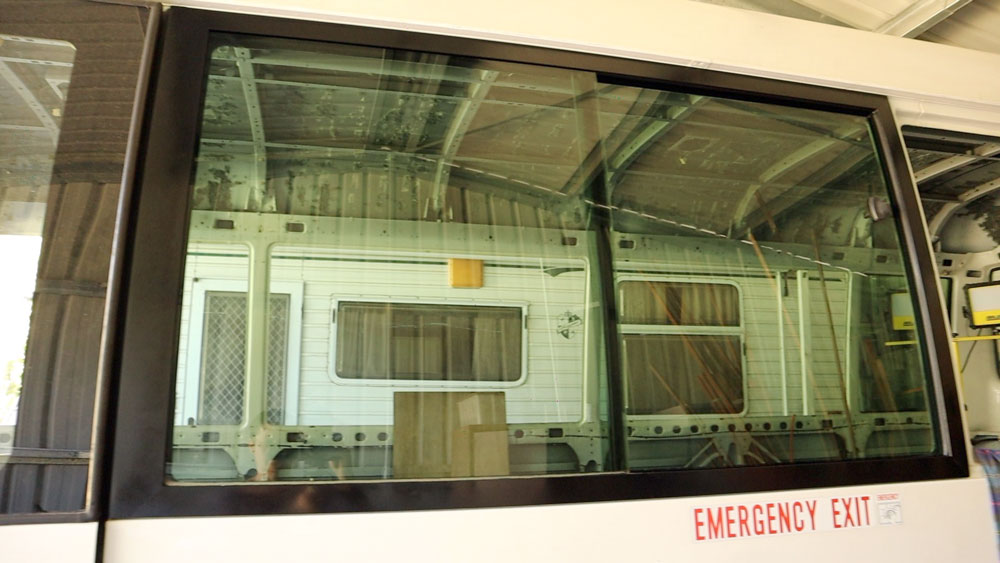 I decided not to tint the windows myself. While I was cleaning the windows I found it really hard to get them totally dust free and I just decided it would be too hard for me to get a neat finish with the tinting if I tried to do it at home. So I will just pay to have them professionally done.

I have also decided not to replace any of the windows with aluminium panel, and will instead just cover the ones that will be built in with an opaque vinyl or something.

I’ve just reached the point in the build where I don’t want to create any more unnecessary work for myself. I may still have to remove the windows at the very back to fix the seals, if they leak, which I will test next week, but they look fine and I don’t think they leak so fingers crossed I won’t need to do that.

Once I am able to get the rest of the windows in, I will take the bus into town to get the windscreen rust fixed, and the windows tinted. Then I will be getting an awning installed, and then the next task for me will be to install the roof fan and mounting for the solar panels. Once all that is done and I can make sure the bus is fully watertight, I can finally start building the inside!