Bus has some new shades!

I was finally able to pick up my bus this afternoon after three weeks being at the repair shop. Windscreen rust looks to be gone. Driver door is fixed and now shuts properly (so hopefully won’t leak now)
And all the windows have been tinted.

I am very pleased with the job they did on the tinting. There is no way I would have been able to get it that good, (at least not without a lot of swearing , who knows how many hundreds of hours work, and probably a lot of ruined tint film LOL!) so I am glad i decided to pay the money for that.
The photo does not really do it justice. I will try to get a better one tomorrow with the bus parked in the same spot as the before shot.

I got the front driver and passenger windows, as well as the window in the rear door tinted with 35% film, which is the maximum legal tint for the driver area. Most of the side windows are done with 5% (limousine tint) and there are a few windows at the very back that I had done with black opaque vinyl for complete blackout (these windows will be built in and mostly not seen from inside). The vinyl looks identical to the tint film from the outside.

Only problem now is that the scratches on the glass (large scratch down passenger side) show up a lot more LOL! I will try to deal with that at a later date.

Now that I have the bus back, it is time to summon up the courage to cut the holes in the roof so I can install my fans. 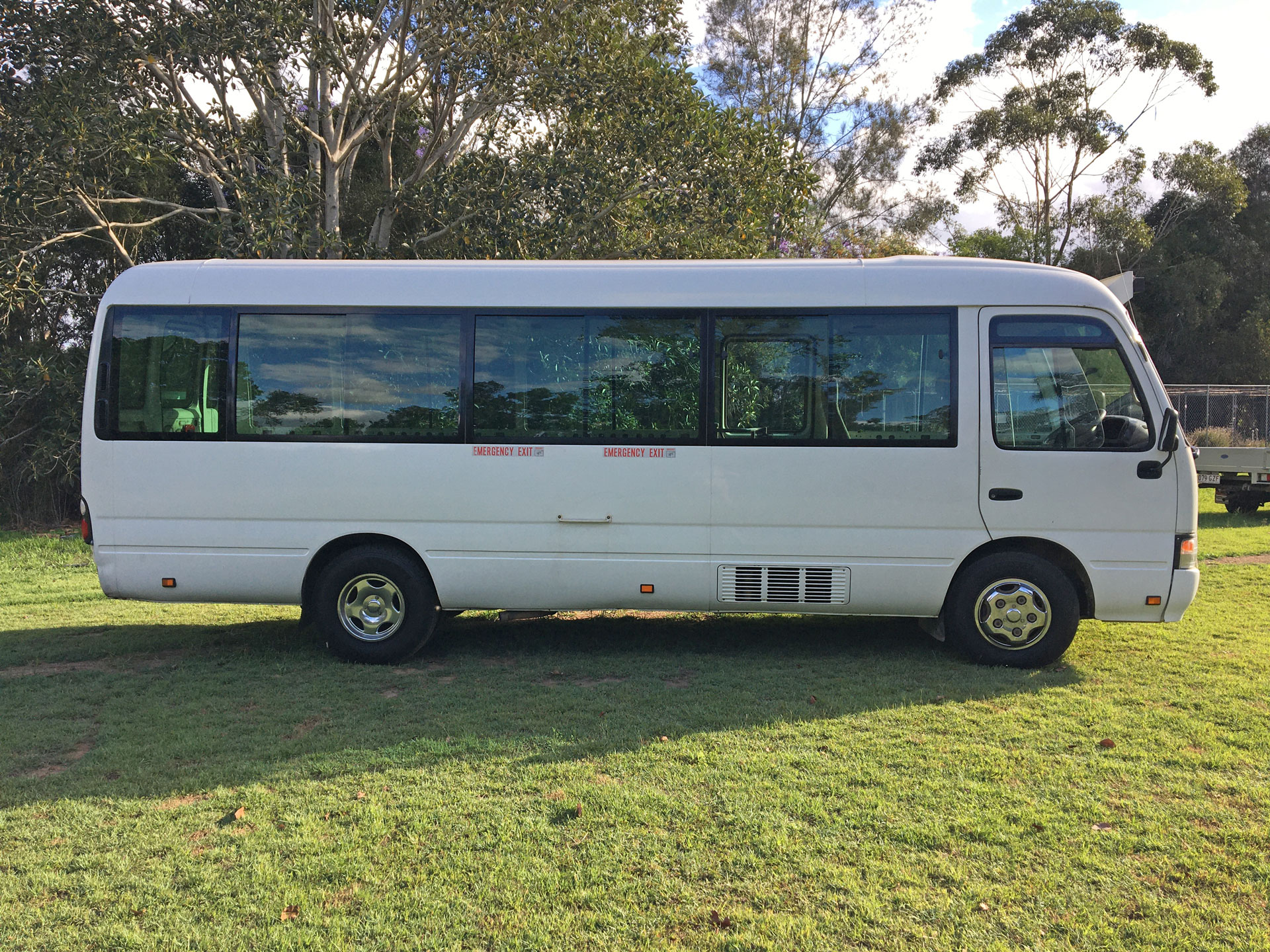 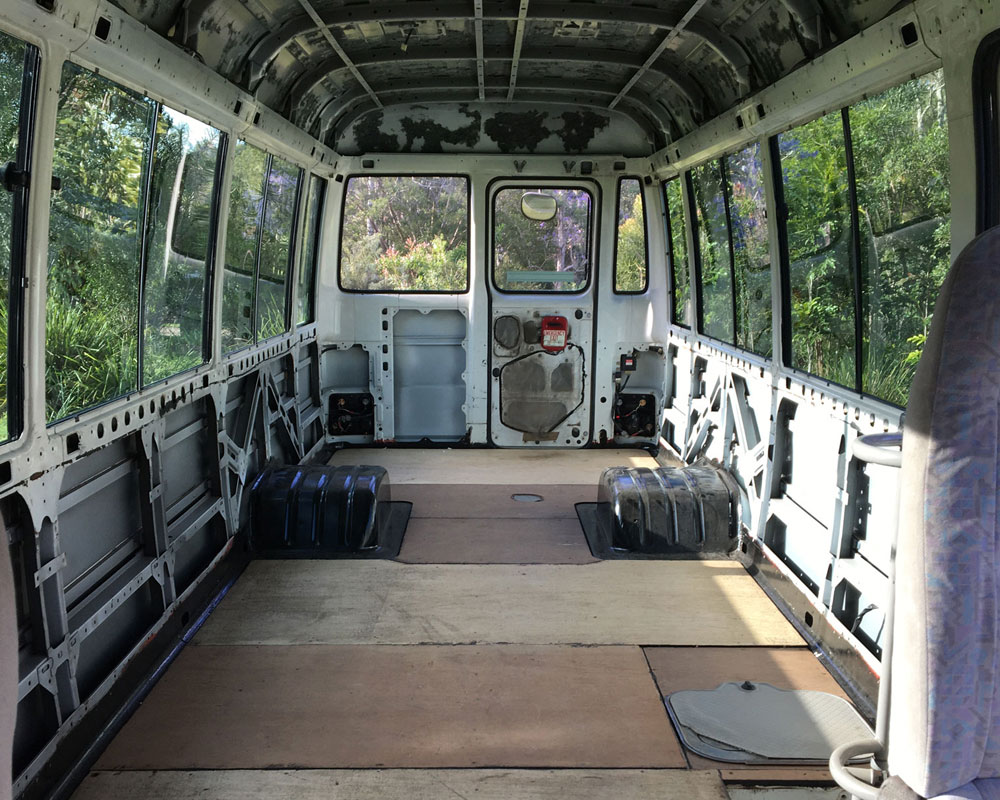 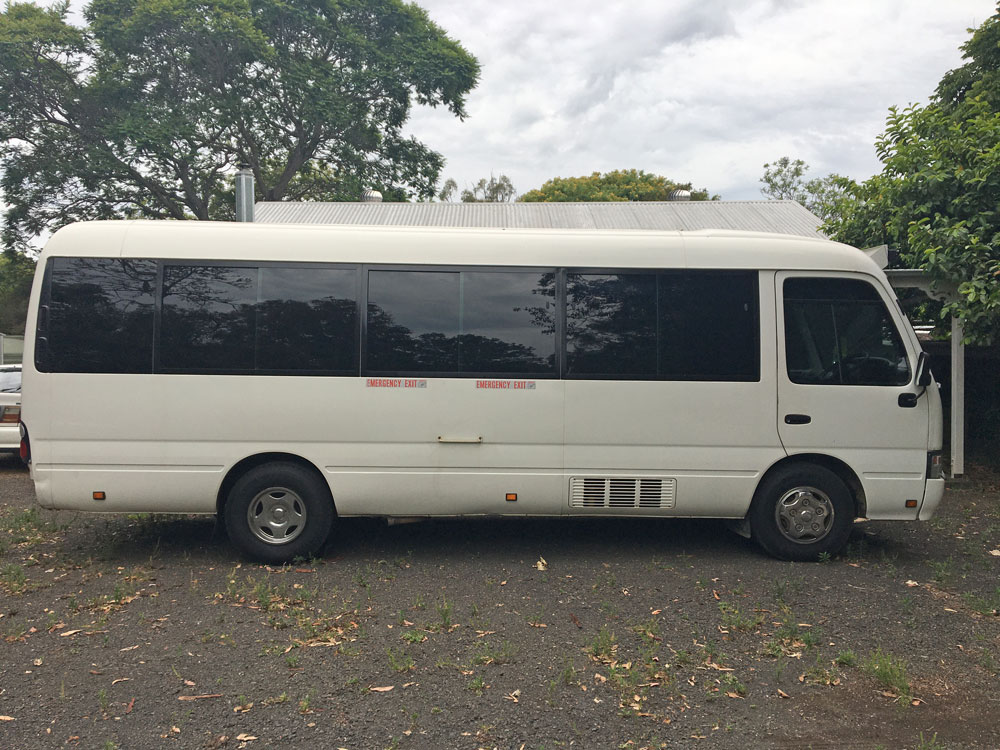