Sealing the floor and what’s next?

Just a quick update on the bus. I haven’t done a lot of work since installing the floor. Mostly because work has been busy, then I got sick.

I did paint a couple of coats of sealer on the floor. I intend to lay vinyl flooring over it at some stage, but there is a fair bit of work to be done before that, and the sealer will help to protect the ply from any water that gets on it.
I used Bondcrete, which a few people recommended to me. 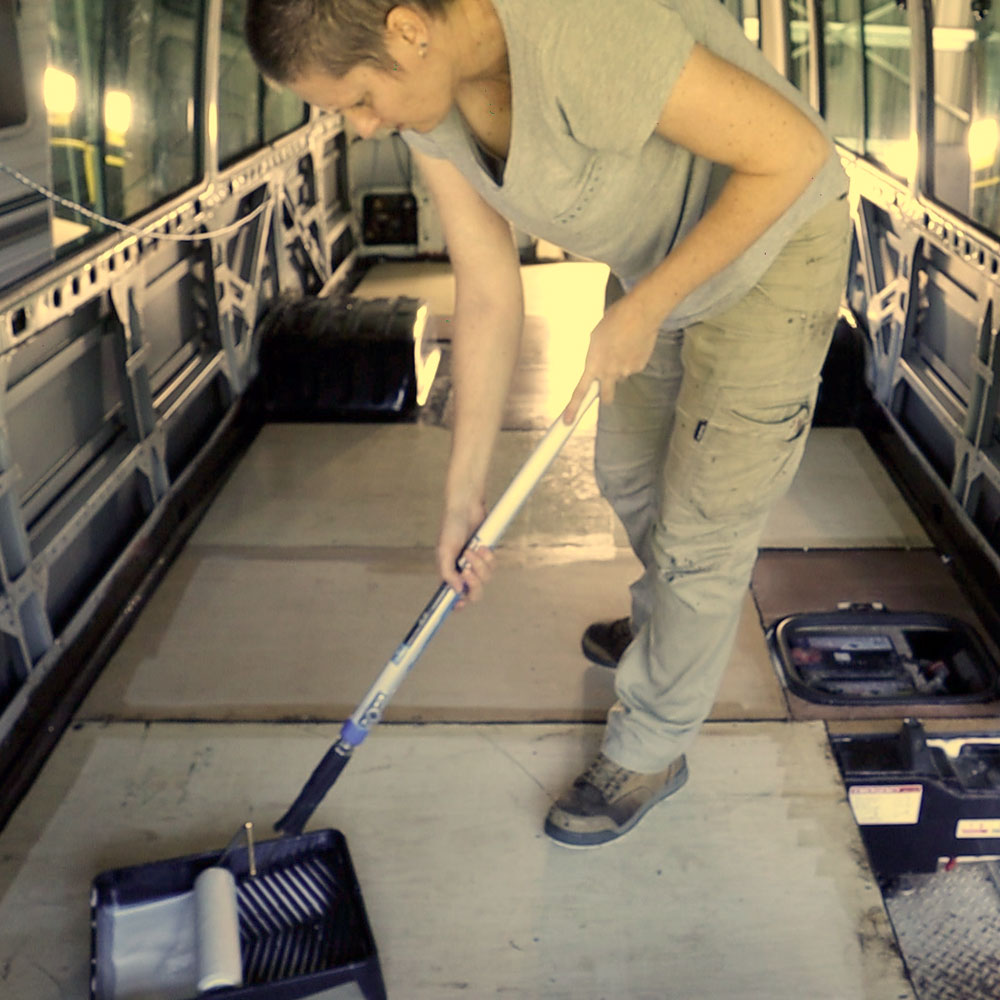 The next step is to make the bus watertight. I intend to take out all the windows, clean up the frames and replace the rubber seals which have all deteriorated. I also want to tint the windows when I do that. There is also some work to be done on the roof to fix leaks.

I also plan to lay some sound deadener over the engine bay in the driver’s area, and cover it with new vinyl.

But before I do any of that, I’d like to get a couple of things fixed that I’ve been putting off at the front of the bus.
Firstly, the driver’s door doesn’t close properly. It does shut, and I can lock it, but it doesn’t close flush with the bus so needs some adjusting.
Secondly, there is a bit of rust around the windscreen. Not bad, and I could probably put it off a bit longer, but fixing it will be a messy job and ‘d rather get it all done and sealed up properly before I do any more work to pretty up the inside.