Removing the old vinyl from the bus floor

While I wait for suitable weather, and the delivery of supplies I need to finish sealing the wall panels, I decided to continue work on the inside of the bus and finally tackled the floor. 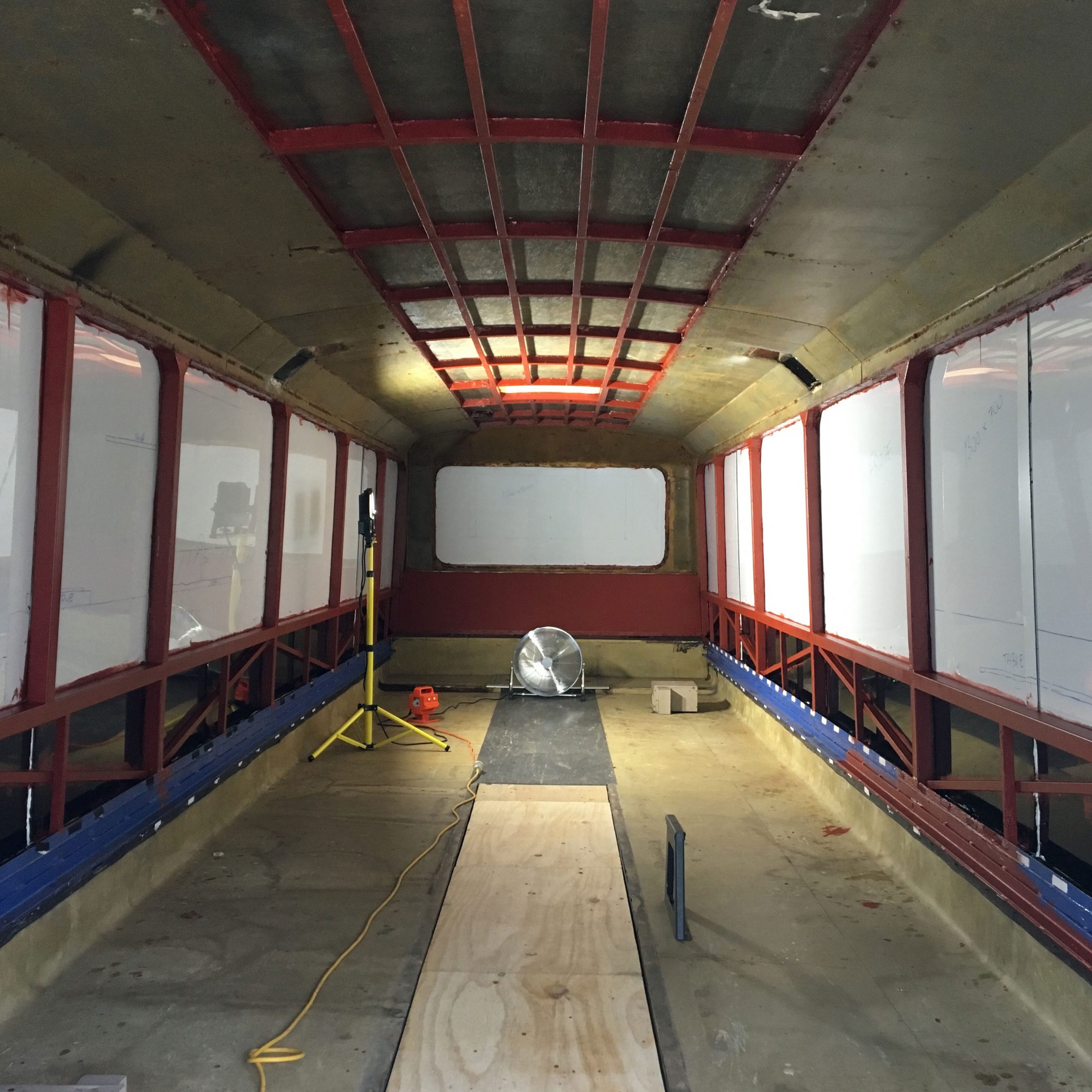 Originally I planned to just leave the old vinyl that was covering the floor of the bus, and build over the top of it, but with all the issues I’ve had with rust and leaks, my gut was telling me to rip it up and make sure the timber floor underneath was ok. The last thing I wanted was to complete my build, only to then discover a few years from now that sections of the floor were rotting and unstable.

Well, it took 3 solid days of work. It was an absolute pig of a job and I think it is officially my LEAST favourite part of the project so far!

Initially I was just using a hammer, chisel and scraper to lift up the vinyl. Because it was old and had lots of cracks and crazes all over it, it was breaking off in little pieces, instead of just lifting nicely as one big sheet. And it was hard to get the vinyl up without also lifting up a little of the ply underneath. Someone in one of my facebook groups suggested trying a square nosed shovel to lift the vinyl, and I was pleased to discover that it actually worked and made the job slightly easier.

So this is what the bus floor looks like now: 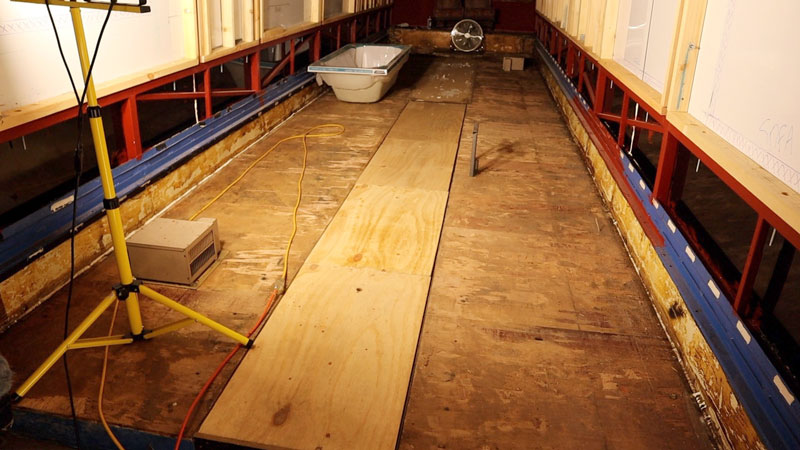 Thankfully, most of the ply is still in reasonably good condition, BUT there was a section in the back corner that had significant water damage, and the thick ply was more like papery thin wafers in this area. I was able to break the wood just with my fingers and put a hole straight through to the engine bay underneath! 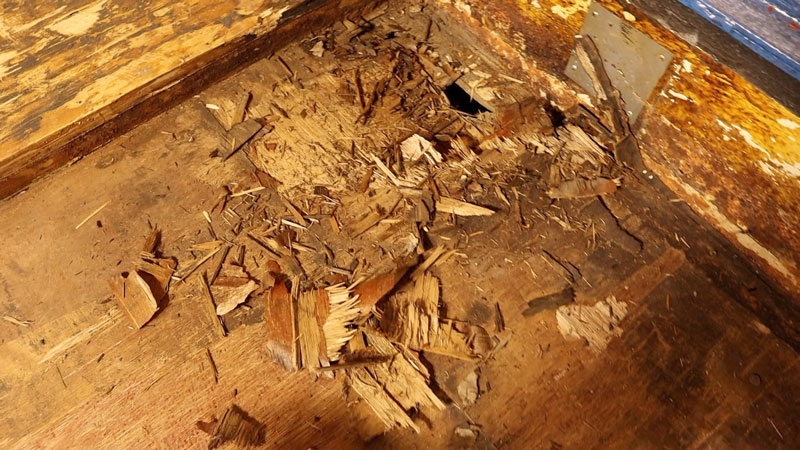 So now I must add replacing a section of the floor to my ever-expanding list of jobs! And that blasted floor heater is now going to have to come out, which is its own challenge. Like I need any more challenges with this bus!

Still, as much as it sucks, I am so glad I listened to my gut and decided to rip up the vinyl. I would never have discovered this otherwise. At least now, I can fix it before I start the build, instead of in a couple of years time when I’m wondering why my studio workbench is falling through the floor.