This week I started to tackle the rust in the doorway of the bus. I’m still not sure how to go about fixing the rust at the bottom of the main pillar, but I did manage to cut away another badly rusted piece from the edge of the doorway,

It was my first time using the angle grinder for actually cutting through metal. Up until now, I’ve only used it to grind off leftover rivets and rusted screws. I am slowly getting used to using it, but am not at all comfortable doing so. It’s my least favourite power tool. I wouldn’t go as far as to say I’m scared of it, but I sure do have a healthy respect for it and its ability to severe limbs. Thankfully, I was able to get this job done with all my fingers intact. 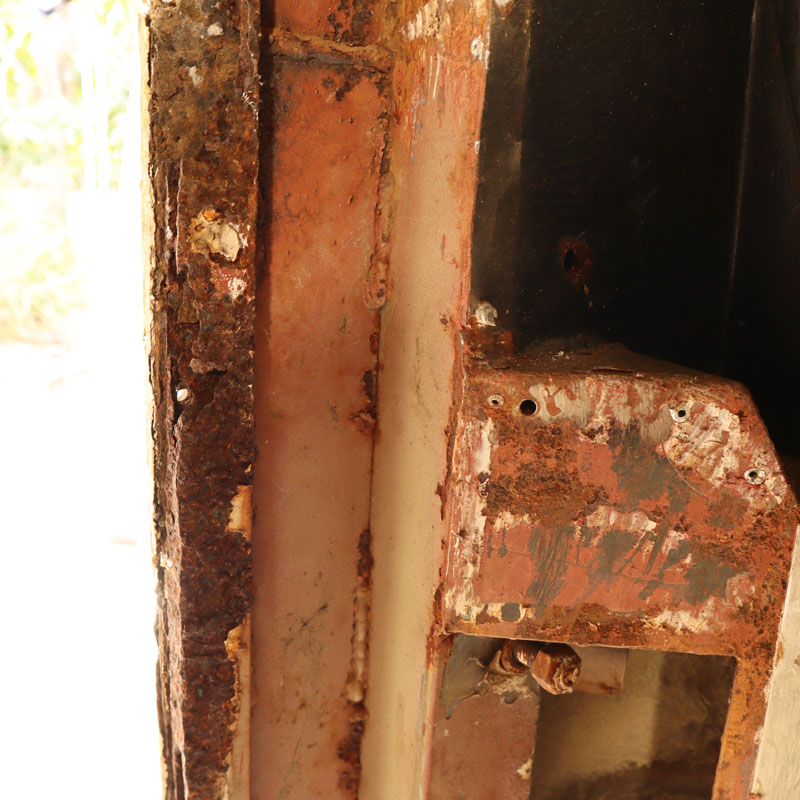 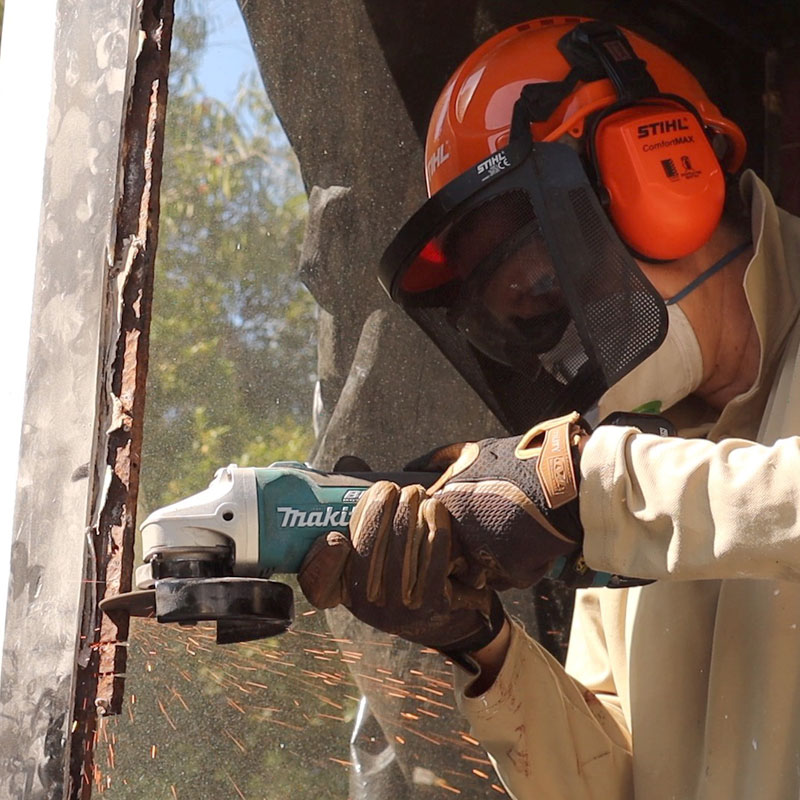 After cutting and grinding off the rusted section: 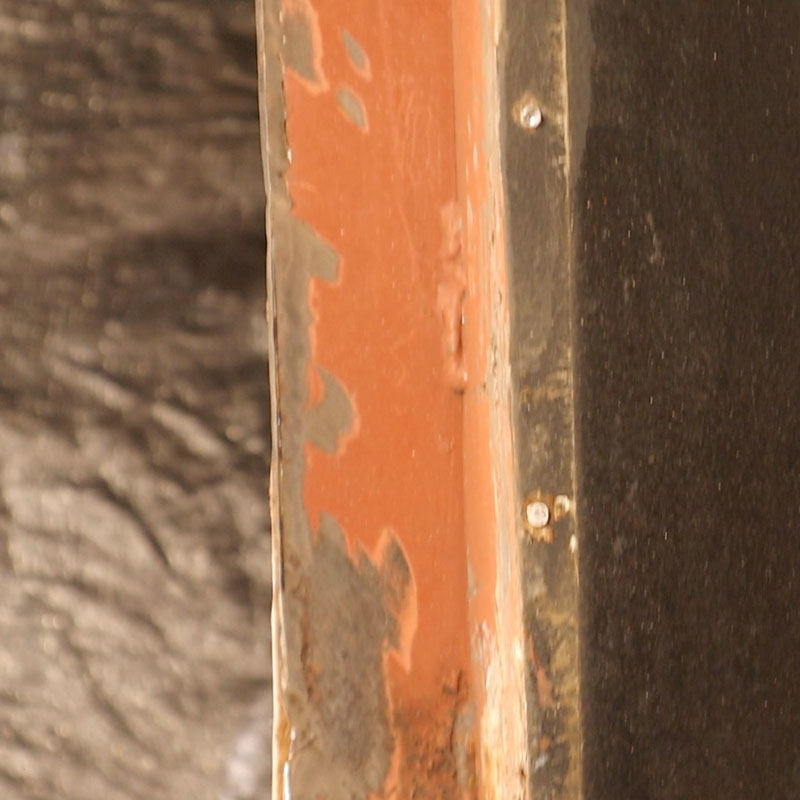 I had to remove about an inch of the fibreglass wall of the bus to be able to get at the rusty metal behind it. Because of this, and the fact that I also removed the bits of angle that were part of the pivot arm and side seal on the original door, means that the door is now a little bit smaller than the space. So I will have to either weld in new steel around it, or make the door itself bigger.

I also realised that my original plan to use truck door hinges similar to the other guy, was not going to work, because I don’t have enough room at the top of the door frame to bolt on the hinge, and the position of the hinge was going to interfere with the rubber seal around the window. Seems my window is a lot closer to the top than his was, which is frustrating. I could add a little bit to the top of the frame to fit the hinge, but of course the space I have to do this doesn’t quite fit with the standard sizes steel comes in, so tricky to know how to proceed there. I could move the window back, but again, that would require cutting and rewelding the frame.

And my door is VERY heavy. Just the frame itself, without the windows or the linings, weights 21kg. The finished door would be at least 30kg or more. A lot of strain on the hinges. It’s very tempting, given how much modification I already would need to do to keep the original door, to just scrap it and get something new made out of aluminium which is much lighter. I’m also racking my brain trying to work out a way to frame in a square door. Getting a new door would be costly, but may end up being less work and a lot less headaches for me.

My plan at the moment, is to put the door project on hold for a bit. I have decided that I want to learn how to weld myself, so I have booked into a beginners class in 3 weeks time. Not just for this door work, but there will be other things that require welding with the bus, and it would be good to be able to do this myself. I have a friend who is an excellent welder, but because he lives in northern NSW, he can’t come up to help me, and I can’t really afford to pay someone to do it. Not to mention after the dramas I had with the last repairer, I’m very reluctant to trust someone else to do a good job.

I’m hoping if I can learn the basics and get a bit of practice then maybe I will have more of an idea of what can be done with the door and maybe it won’t seem so daunting.